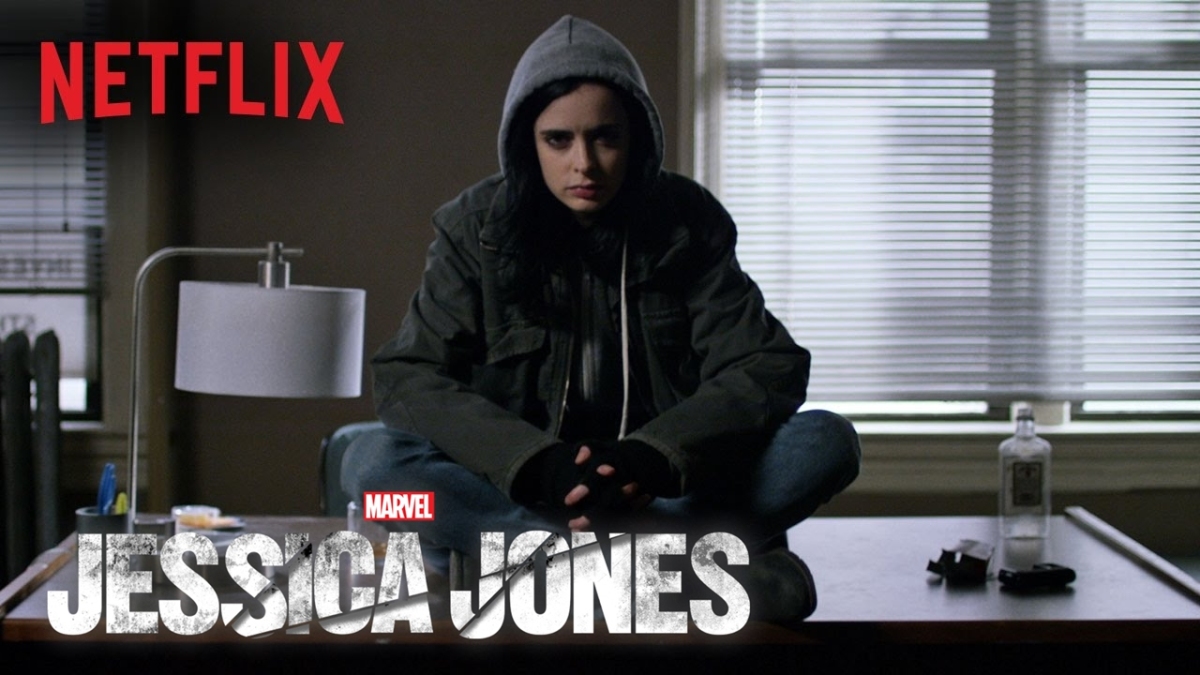 As the second series is out tomorrow on Netflix, I thought a review of the start of the show was apt.

It’s clear from the opening credits that this Marvel show is going to be more adult orientated. Dark, seedy with only a glimmer of light, it has undertones of a 1930/40’s classic with private investigator’s such as Sam Spade or Philp Marlow.  As the title states, this isn’t some rainmac wearing PI, but the truly unique Jessica Jones. A flawed character in many ways, Jones struggles to gain control over her own life and seeks solace in whiskey and her work, avoiding contact with clients and a best friend.

A commentary by Jones starting the episode using words such as ‘looking’ ‘finding’ ‘reality’, gives us an inside into her unknown, as yet past. Whatever has happened has left her jaded, judgemental and questioning every aspect. A chance encounter with a man she has been spying on, leads to a mantra being repeated.  A missing daughter and concerned parent’s,  lead back to the past Jones is running from. She may have a hard exterior and superhuman strength yet this past brings a rawness that sees Jones go weak, ready to quit, until her tough-talking friend reminds her of who she is, a survivor and a fighter. Jones goes to the rescue, but it isn’t enough.

Supported by a mainly female cast Jessica Jones, will have you empathising with her emotions, sniggering at her sarcasm, and curious as to what the hell happened to her.

Published by The Coffeehouse Writer